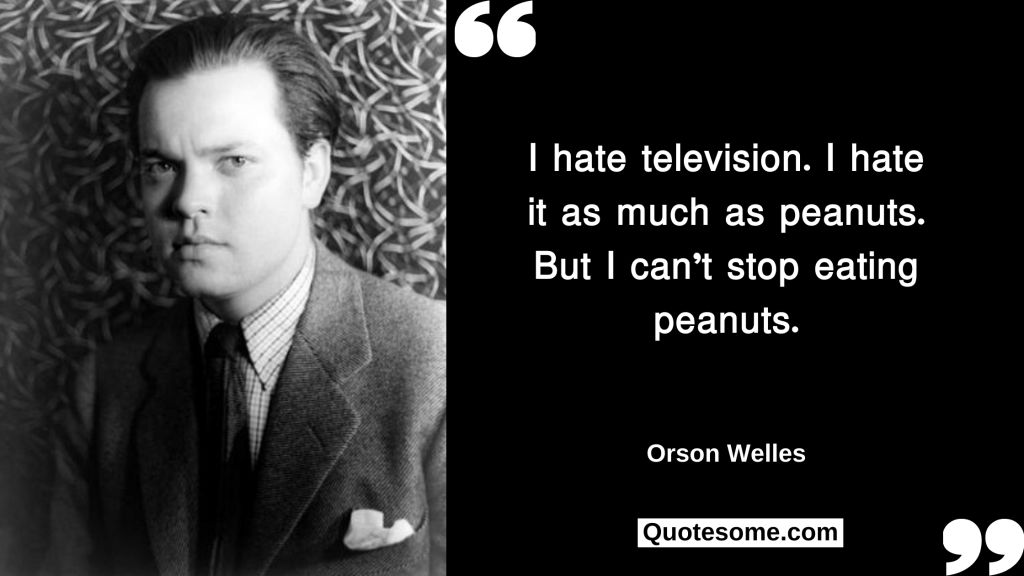 Orson Welles was born in Kenosha, Wisconsin, on May 6, 1915. He is regarded as a pioneer in both radio and films. Before going in for the radio shows, he started his career as a proficient stage actor. One of his most memorable radio works is his version of H.G. Well’s War of the Worlds.

His artistically outstanding works have been left in Hollywood in the form of The Magnificent Ambersons and Citizen Kane. He was nominated for nine academy awards for Citizen Kane, which is regarded as a revolutionary work of art. It earned the best screenplay award that year.

Many pioneering techniques were introduced in the movie, like deep-focus cinematography, to present the details sharply. The film was anchored with several low-angle shots that described the story from multiple points of view. It is still considered one of the greatest movies ever made. He died on October 10, 1985, in Los Angeles due to a Heart Attack.

I feel I have to protect myself against things. So I’m pretty careful to lose most of them.- Orson Welles

If there hadn’t been women we’d still be squatting in a cave eating raw meat, because we made civilization in order to impress our girlfriends.- Orson Welles

Now I’m an old Christmas tree, the roots of which have died. They just come along and while the little needles fall off me replace them with medallions.- Orson Welles

Man is a rational animal who always loses his temper when called upon to act in accordance with the dictates of reason.- Orson Welles

Popularity should be no scale for the election of politicians. If it would depend on popularity, Donald Duck and The Muppets would take seats in senate.- Orson Welles

Did you ever stop to think why cops are always famous for being dumb? Simple. Because they don’t have to be anything else.- Orson Welles

The notion of directing a film is the invention of critics – the whole eloquence of cinema is achieved in the editing room.- Orson Welles

If I ever own a restaurant, I will never allow the waiters to ask if the diners like their dishes. Particularly when they’re talking.- Orson Welles

My mother and father were both much more remarkable than any story of mine can make them. They seem to me just mythically wonderful.- Orson Welles

I hate television. I hate it as much as peanuts. But I can’t stop eating peanuts.- Orson Welles