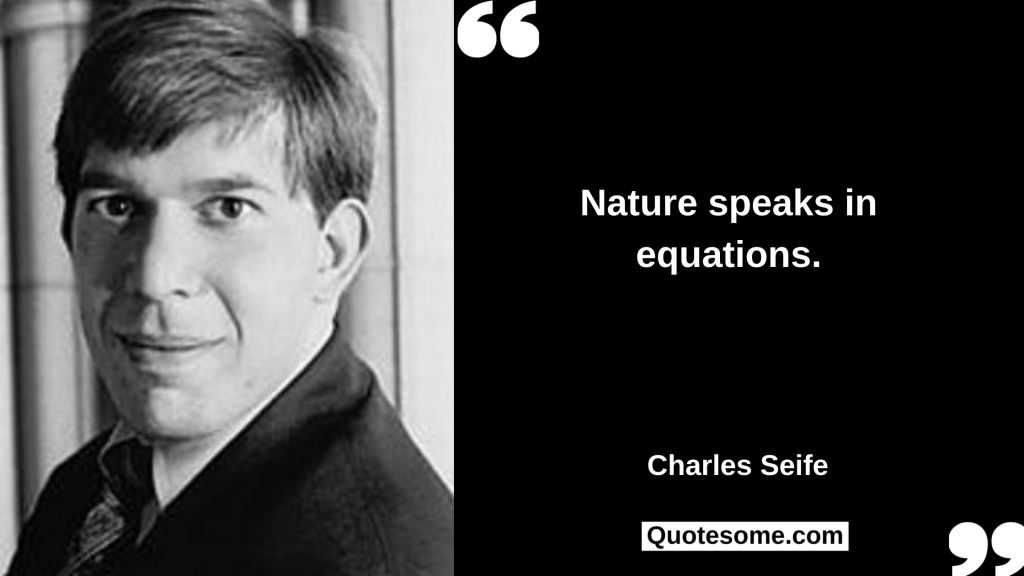 Charles Seife is a professor at New York University and an American journalist and author. His writings are focused on mathematical and scientific topics. He holds a degree in Mathematics from Princeton University, M.S. in Journalism from Columbia, and M.S. in Mathematics from Yale University. Before joining the Department of Journalism at New York University as a professor, he frequently wrote for New Scientist and Science Magazine.

His best known and first magazine published is Zero: The Biography of a Dangerous Idea. It is often described as one of the best known and well-written science books. Another well- known book by him is Proofiness: How the Numbers are fooling you. Throughout his career, he has written many book reviews, mainly focusing on Mathematics.

His freelancing works have often appeared in The Washington Post, The Philadelphia Inquirer, Scientific American, The Economist, and The New York Times.

The body, the house of the spirit, is under the power of pleasure and pain,” explains a god. “And if a man is ruled by his body then this man can never be free.- Charles Seife

See appendix A for a proof that Winston Churchill was a carrot.- Charles Seife

All polynomials of degree n-those that have a leading term of x^n- split into n distinct terms. This is the fundamental theorem of algebra.- Charles Seife

If you want to convince the world that a fish can sense your emotions, only one statistical measure will suffice: the p-value.- Charles Seife

Zero is powerful because it is infinity’s twin. They are equal and opposite, yin and yang.- Charles Seife

This is the definition of the infinite: it is something that can stay the same size even when you subtract from it.- Charles Seife

The justice system can’t be totally free of lies and distortion; after all, courts are chock-full of lawyers.- Charles Seife

If you want to get people to believe something really, really stupid, just stick a number on it.- Charles Seife