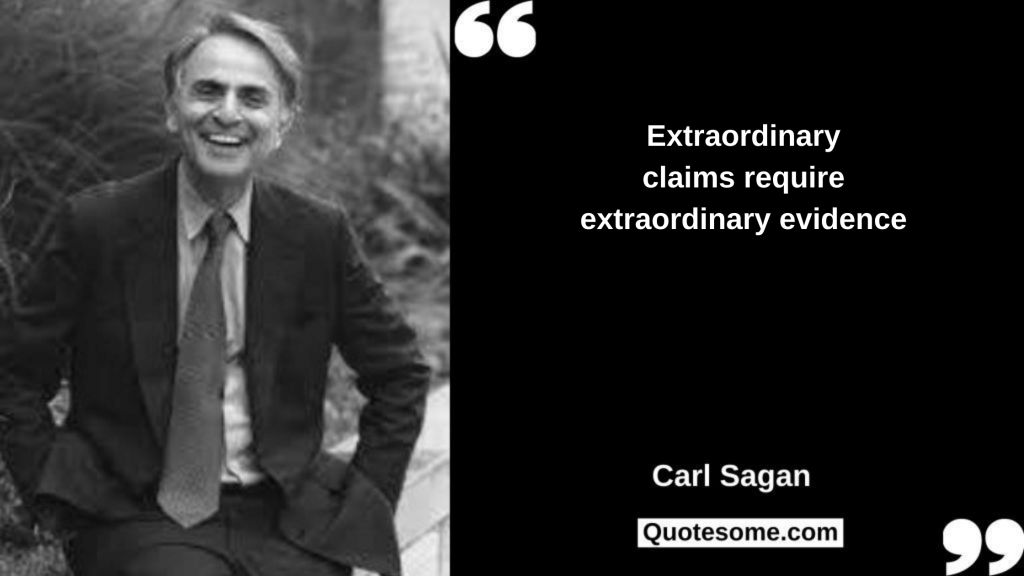 Another of his contributions is the experimental demonstration of the production of amino through radiation with the help of primary chemicals. He was also involved in assembling the first physical messages to be bent into space.

They were called the Voyager Golden Record and the Pioneer Plaque, which are regarded as universal messages that could potentially be deciphered by extraterrestrial beings if they were to find them one day.

He was also one of the first to propose the now widely accepted theory that the high temperatures on the surface of the planet Venus is attributed to the Greenhouse effect that we are also facing on earth. He is also the author of the science fiction novel “Contact” adapted to a movie in 1997.

The universe is a pretty big place. If it’s just us, seems like an awful waste of space.- Carl Sagan

It pays to keep an open mind, but not so open your brains fall out.- Carl Sagan

The cosmos is within us. We are made of star-stuff. We are a way for the universe to know itself.- Carl Sagan

I can find in my undergraduate classes, bright students who do not know that the stars rise and set at night, or even that the Sun is a star.- Carl Sagan

Imagination will often carry us to worlds that never were, but without it we go nowhere.- Carl Sagan

The cure for a fallacious argument is a better argument, not the suppression of ideas.- Carl Sagan

When you make the finding yourself – even if you’re the last person on Earth to see the light – you’ll never forget it.- Carl Sagan

If you wish to make an apple pie from scratch, you must first invent the universe.- Carl Sagan

Science is not only compatible with spirituality; it is a profound source of spirituality.- Carl Sagan